More on The Lost Dutchman’s Gold Mine

My friend and colleague, Chris Hartung, sent me an email a few minutes ago referencing a news article that he thought would be of interest. He likes my team building game and guess that the news article caught his interest because of the location and title.

The news article is entitled:

(and it appears at: http://www.foxnews.com/us/2012/11/29/body-found-in-arizona-superstition-mountains-believed-to-that-missing-treasure/ )

Frankly, I am not surprised that another person’s body has been found in this area. There have been a LOT of casualties amongst those who have hunted for Jacob Waltz’s lost mine in the Superstition Mountains, after all, they are roaming around in a really inhospitable place (much like Iowa, some would say with a grin). Jacob was known as “The Dutchman” and he brought gold back from the mountains for 30 years…

“We call ‘em Dutch hunters out here,” said Superstition Search and Rescue Director Robert Cooper. “They’re infatuated with all the lore and the history of the lost Dutchman mine and he was part of that.”

Like me, Mr. Caspan had acquired more than 100 books and articles about the Mine and the myth surrounding the death of Jacob Waltz in 1892. And like me, he believed that there was gold in the mountains just waiting to be found. After all, Jacob left a map.

Unlike me, he actually went out there looking for it in The Superstitions, while I simply invented a team building game focused on maximizing results based on collaboration between teams and good strategic planning. Guess Mr. Caspan’s planning was not all that great…

As Fox “News” said, “An untold number of prospectors have searched the Superstition Mountains for the mine. In the 1840s, according to the Denver Post, the Peralta family of Mexico mined gold out of the mountains, but Apaches attacked and killed all but one or two family members as they took the gold back to Mexico. Some 30 years later, Jacob Waltz — nicknamed “the Dutchman,” even though he was German — rediscovered the mine with the help of a Peralta descendant, according to legend.”

As for me, since this came from FOX, I believe that the Apaches or other gold hunters killed this guy to keep the secret and get the gold for themselves.

After all, we hear about an awful lot of bogus conspiracies from FOX. And I do have a copy of Obama’s actual birth certificate and Susan Rice didn’t tell all she knew about Benghazi, right? I mean, we NEED some good fake conspiracies every once in a while, don’t we, just to make things interesting?

We will keep on selling The Search for The Lost Dutchman’s Gold Mine to people — but for use in controlled environments with padded chairs and tables. It is a great team building game for those who are interested in impacting people and performance in their workplaces. Newest sales to The US Army and to a consultant in Egypt.

A customer sent me this testimonial on the play and debriefing of The Search for The Lost Dutchman’s Gold Mine team building exercise:

Simply Superb! We use this program all over the country with our clients and it is ALWAYS rated as one of the best programs delivered. Works in all types of companies and drives organizations toward Collaboration and Teamwork! The debrief options allow you to fully customize the delivery to any audience. Well designed and easy to deliver. That, combined with all of the knowledge and support of Dr. Scott, and you have the best Team Building simulation out there… BAR NONE!

May the fun continue!

Yeah, you heard it here, for the FUN of It! 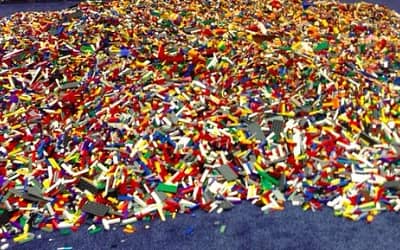 In my LinkedIn feed was a blog by Jacob Morgan about...