Thinking and the Brain – Why we need simple tools

I have been thinking about thinking lately, which is sometimes a dangerous thing to do, and wondering why things are not easier and simpler. But there are paradoxes everywhere… As a funny example, there is a thread in one of my LinkedIn groups about why managers are stingy with praise and a couple of my more lengthy posts are about thinking patterns and even genetic biases toward criticism as it drives continuous improvement. I think you can get to that thread by clicking here.

Anyway, I thought it got pretty funny, ironic and paradoxical that people would be criticizing other people’s comments, thoughts and suggestions in a thread about why people do not give more praise. I mean, should we not be giving some praise to those people sharing ideas??? Ah, the irony…

But a StumbleUpon email I got sent me to a Wikipedia page that pretty much shocked and amazed me with its list of behavioral complexities when it comes to how people think. It is, a List of Cognitive Biases that you can find here.

A quick look will give you a better insight into why we cannot get much agreement about anything and how we really need some simple tools to generate organizational alignment, ideas for improvement and the agreement on implementation strategies or pretty much ideas for ANY agreement.

Here are only the “A’s” and “B’s” in that list, with their definitions and links, which will give you a better idea of the complexity of all this:

And this is but one of four sections:

Obviously, this “information processing” of simple ideas is not really all that simple. There are tremendous differences in how people process information and assuming that “What you say is what they get” is really way off target — anything you say will go through that person’s own filters, some of which are listed on that Wikipedia page.

What you say is NOT what they get!
People process your ideas in their own way.

More than anything else, this points me toward the simple reality that we need to use simple images and ideas and generate discussions among people before we try to move anything forward. Nobody ever washes a rental car, and allowing them to build a sense of ownership / involvement is key to generating change and improvement.

The simple cartoon approach I have been suggesting for 20 years is one that allows them to apply their different individual information sorting patterns onto the ideas of a small group of people. Those could focus on what is wrong, what possibilities exist, what ideas they have for change and implementation and these discussions are more likely to generate a sense of ownership involvement, engagement and employee commitment than the simple and common approach of telling them what to do and holding them accountable for doing it.

Otherwise, I think we are just throwing mud at the wire fence and hoping that some of it will stick somewhere. One can normally expect rain… 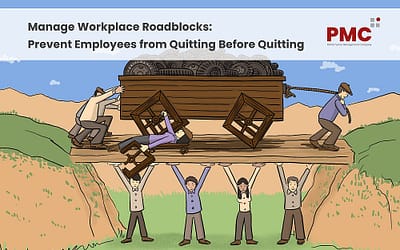 The Reality of Change, Innovation and Employee Engagement

Change is a constant in the workplace: there is always something… Sometimes change appears to be...

Reflection and Innovation: Don’t Just DO Something, Stand There

This statement, Don't Just DO Something, Stand There! describes the action that we have been...