I continue to play with spinning ideas around business haiku and people and performance. So, thinking about the end of Winter, the idea of Daylight Savings hit me. Daylight Savings Time starts at 0200 hours on Sunday, March 9, 2014 meaning the time change is less than a month away and we will have more early morning darkness with longer evening light here on the East Coast.

And that whole thing about time changes got me thinking of doing a haiku poem around the Square Wheels One image and focusing on the reality of workplace change, since this time change is done every year and it is always the same thing… Many think it is also a real hit on productivity and has large economic costs to the US, estimated to be between $400,000,000 and $2,000,000,000 every year (yeah, go figure; someone seems to).

So here are 6 slightly different Square Wheels Business Haiku on which your input would be appreciated:

Which do you like the most? You can see each in slightly larger detail below.

Your vote would be helpful with my getting a better understanding of the reactions to the illustrations and the haiku. 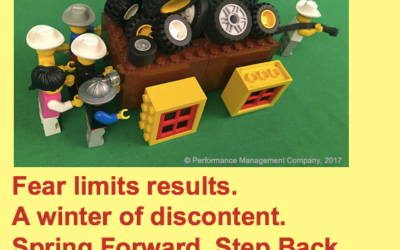 Haiku on Fear, Perspective and Teamwork

Occasionally, I play with Haiku and use it with images to impact thinking. Here is one on Fear,... 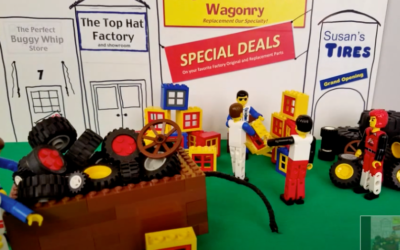 The Round Wheels of Change in a Square Wheeled World

Let's face it: Leaders resist change and ideas for improvement. The challenge is to give them some...