A conversation turns into an idea and then an illustration is produced. That seems how creativity and innovation flow around here. A comment about buggy whips and top hats becomes an image about change and survival. Take a look at this simple illustration, but do take a moment to actually consider the realities. DO take a moment and consider what is happening…

The two stores on the left are closed because the business simply disappeared. Somewhere, someone is making buggy whips because there are still a few horse and buggy wagons rolling around. Heck, one company makes LED whips for your off-road vehicle so it can be seen in the dark! Another “buggy whip store” sells men’s clothing in Nebraska and they do not even have a website but only a FaceBook page. So it looks like that business buggy whip business has kind of disappeared…

Scan to the right and you will see The Big Sale going on at Harry’s Square Wheels Wagonry Store. Harry has been in business for a long time, has a great inventory of new wheels in a variety of colors. He can probably even order you chrome ones!

But note that his former employee, Susan, has opened up a new store, one selling tires. Susan and her partner Sally have limited inventory and small volume at this point. Susan and Sally got the idea one day when at work, and they decided to act on their idea and make these things more available. (Yeah, Harry has met Sally, finally.) It was actually a big moment for the ladies, and they thought that they could capitalize on that idea and make round tires into a business. Personally, I have to wish them a LOT of success, because the idea is great, but having the ability and resources to implement the idea is what is important. Asking questions and generating involvement is a key success strategy for implementation.

We offer The Stupidly Simple Square Wheels Facilitation Toolkit for a meager $25 and we are nearly ready to launch our LMS MOOC to share some ideas and frameworks for how to use these simple illustrations and this direct approach to involve and engage people for workplace improvement.

Click here to read about Presenteeism, the reality that about 50% of most workers in most workplaces are “In, but Out” when it comes to their active involvement or the thinking that their boss listens to their ideas. It has been a workplace statistical constant since I started in the people and performance business in 1978.

The ONLY way to address the issues of un-engagement of the majority of a workforce is to involve and engage the Supervisors in the involvement and engagement process of their people to align to organizational visions and values and to focus them on improving their own workplace. I have never seen even a single workplace where people did not have good ideas for improvement.

It is NOT within an HR capability to fix this, nor one of Training and Development. It cannot be addressed with a survey or a videotape of the CEO talking about these things. LOTS of things can be done, but the rubber meets the road where the supervisor sits with the people.

It is a simple concept of providing them with bombproof tools and asking them to ask for ideas. Why not? 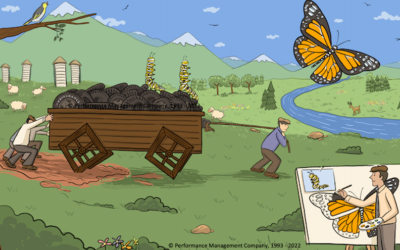 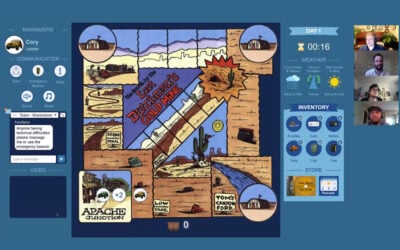